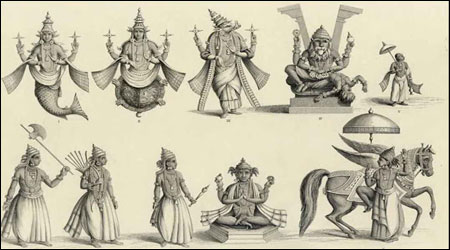 In Hinduism, the three main deities are Lord Brahma (ब्रह्मा), Vishnu (विष्णु) and Shiva (शिव). Lord Brahma creates, Vishnu protects and Shiva kills. In fact, the 10 incarnations of Lord Vishnu (भगवान विष्णु के दस अवतार) are a wonderful record of the progress of human civilization. Lord Vishnu was born on earth only when iniquity (अधर्म) and tyranny (अत्याचार) increased. Lord Krishna had taken the eighth incarnation of Vishnu and he was considered to be the (परमावतार) supreme incarnation of Lord Krishna. Whenever sin is great on earth, when there is crisis (संकट) on earth, then Lord Vishnu has taken incarnation and removed the crisis. By the way there are 10 main incarnations of Lord Vishnu, a total of 24 incarnations are mentioned in the Puranas.

Incarnations of various deities are recognized in Hinduism. 10 Avatars of Vishnu are considered, therefore they are called Dashavatar (विष्णु दशावतार). Lord Vishnu is one of the Tridevs. They are the ones who protect the universe from its creation till its dissolution. That is why they are also called Palanhar (पालनहार). So now Here you e know the names of 10 avatar of Lord Vishnu and their story or katha (Dashavatara list). 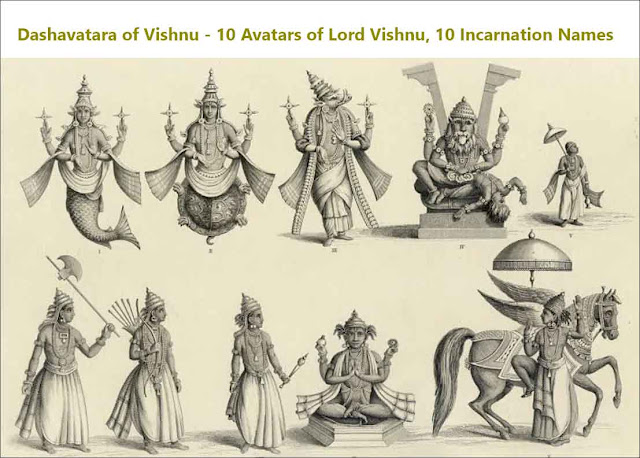 Matsya avatar is the first incarnation of Lord Vishnu, in this avatar Vishnu appeared as a fish avatar. When the earth was frightened by the worldwide flood (जल प्रलय), Lord Hari Vishnu incarnated in the form of Matsya (fish). When the terror of a demon (असुर) named Hayagriva (हयग्रीव) increased, the whole earth was submerged. In such a situation, Lord Vishnu took his first incarnation in the form of Matsya. According to the belief, when the Asura Hayagriva stole the Vedas and hide them in the depths of the ocean, Lord Vishnu came in Matsya avatar and found the Vedas (वेदों) and restored them. 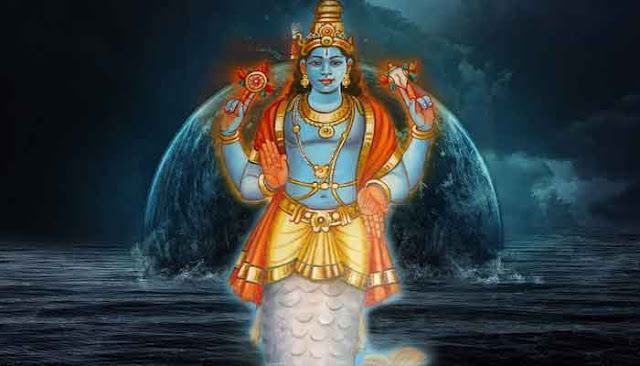 Lord Kurma is a half tortoise half male form of Vishnu. When the gods (देवता) and demons (दानवों) churned the ocean, Lord Vishnu took the incarnation of Kurma, the tortoise. , In the Kurma Avatar, Shri Hari took care of the Mandarachal mountain on his back during the churning of the ocean of Chhirsagar. Nagraj Vasuki (नागराज वासुकी ) wrapped the Mandarachal mountain on the back of Kurma and wrapped it in Mandarachal and churned the ocean. As a result of the churning of the ocean (समुद्र मंथन), the gods received amrit (अमृत) and other things as well as Goddess Lakshmi, there was a war between the gods and the demons over the distribution of amrit. In which the gods won. 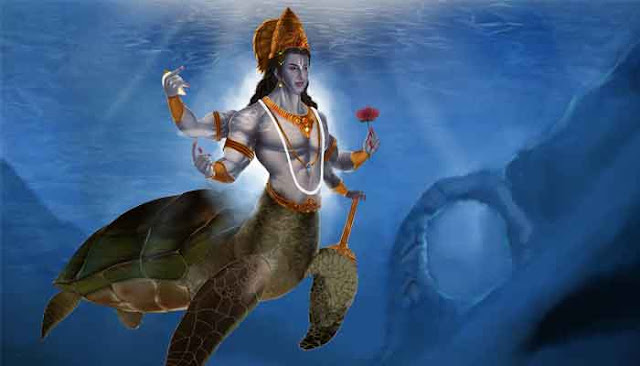 Varaha Avatar is considered to be the third incarnation of Lord Vishnu in Hindu scriptures. Varaha is a half male and half Varaha avatar of Vishnu. When the demon Hiranyaksha had taken the earth and hid it in the sea, then Lord Vishnu appeared in the form of Varaha through the nose of Brahma ji. In Hinduism, he slays the demon Hiranyaksha (राक्षस हिरण्याक्ष) to save Earth’s incarnation Bhudevi and brings her back to the surface using his teeth. 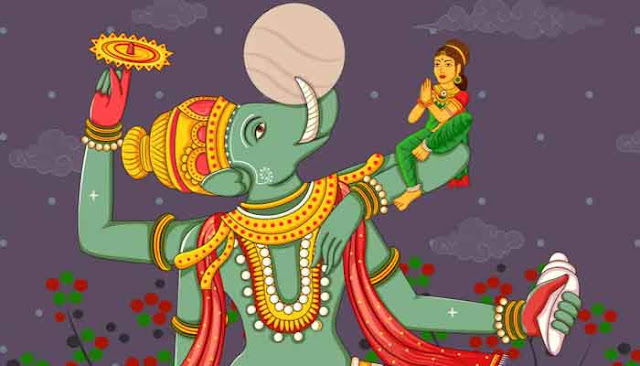 When Hiranyakashipu (हिरण्यकश्यप) saw his own son’s devotion to Vishnu, he was determined to kill him. Then in order to protect Bhakt Prahlad (प्रहलाद), Vishnu ji killed Hiranyakashipu in the form of Narasimha to save his devotees Prahlad. Lord Vishnu appeared by holding the Narsinga i.e. the body of a male and the face of a lion (सिंह का मुख). He put the body of Hiranyakashipu on his thighs (जांघों ) in the evening and tore it off with his nails (नाखूनों से फाड़). 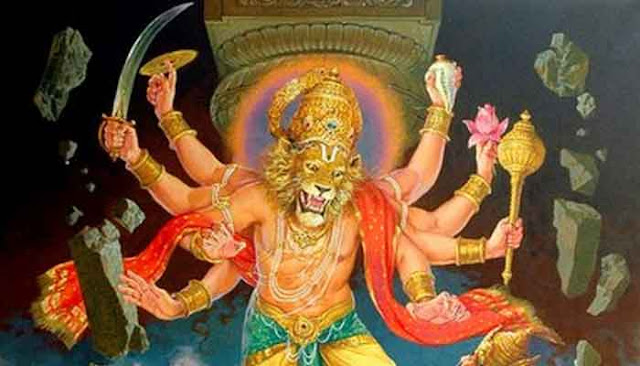 Vamana is the fifth incarnation of Lord Vishnu in which shri Hari Vishnu came to earth in the form of a child. Lord Vishnu incarnation as Vamana in order to defeat the terror and arrogance of Bali (राजा बलि), the king of Asuras. In pride, Bali told Vamana that he would give him three steps of land. Then Lord Vishnu in Vamana avatar had measured the whole earth and heaven in two steps. Before taking the third step, Bali bowed down (नतमस्तक) and went to Hades (पाताल लोक चला गया). Later, God sent him to Sutal Lok (सुतल लोक) and made him the king there. 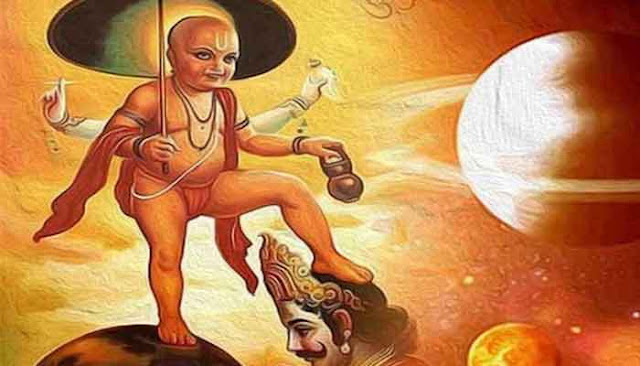 Parasurama is the Brahmin Kshatriya incarnation of Lord Vishnu. Parasurama, the incarnation of Vishnu, was the son of Renuka, the daughter of King Prasenjit, and the son of Bhriguvanshi Jamadagni (भृगुवंशी जमदग्नि). He was the ultimate devotee of Shiva, Lord Shankara was pleased with his devotion and gave him the ax weapon (परशु शस्त्र). His name was Ram and he was called Parshuram because of taking Parshu. He was born to end the tyranny (अत्याचार) of the evil Kshatriyas (क्षत्रियों), who misused their powers and made the lives of others miserable, and brought them justice. 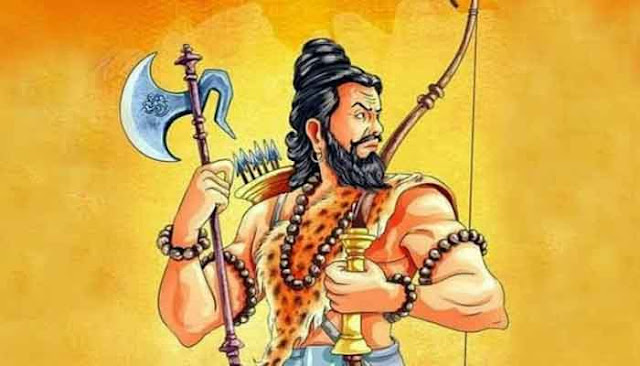 One of the 10 incarnations of Vishnu is Maryada Purushottam Lord Shri Rama.Shri Ram was born as the son of King Dasaratha of Ayodhya (राजा दशरथ) and his first queen Kaushalya (रानी कौशल्या) in Dwapar Yuga. In the Treta Yuga era itself, Lord Vishnu took the form of Shri Ram to kill Ravana (रावण). The three worlds were freed from terror by the end of Ravana. 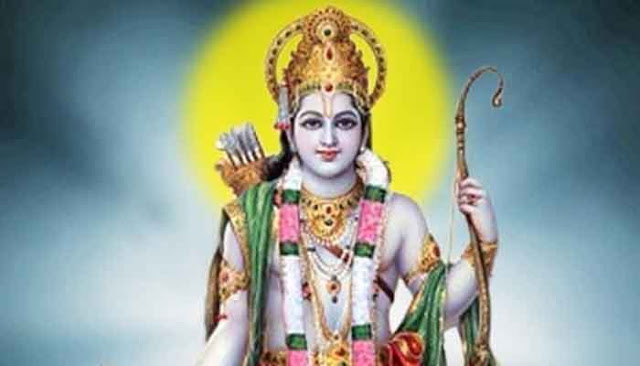 Shri Krishna avatar is the most important of all the incarnations of Vishnu. In the Dwapara Yuga, Lord Vishnu took the Paramavatar for the end of the evildoers like Kansa (कंस) and Duryodhana (दुर्योधन). Born in the form of Shri Krishna (श्री कृष्ण), Lord had killed Kansa and got the Pandavas (पांडवों) to end Duryodhana’s Kaurava dynasty and established religion. In the war of Mahabharata, he became the (सारथि) charioteer of Arjuna and gave the knowledge of Gita to the whole world. 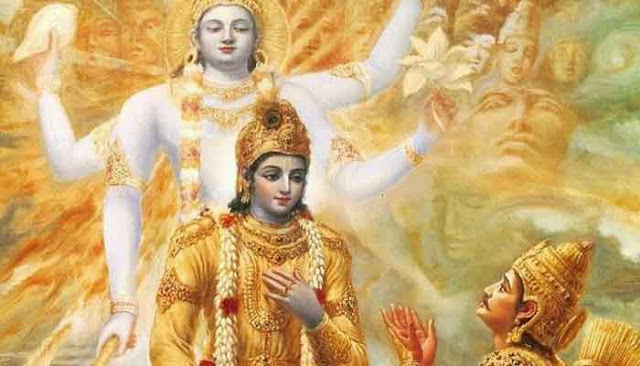 Lord Buddha is considered to be the 9th incarnation of Vishnu. Gautam Buddha (गौतम बुद्ध) had liberated the society from violence by establishing Buddhism (बौद्ध धर्म). He is also called Gautam Buddha or Mahatma Buddha. Buddhism is one of the four major religions of the world. His father’s name was King Suddhodana (राजा शुद्धोधन). He was born in the Shakya dynasty (शाक्य वंश) of Kshatriya clan. 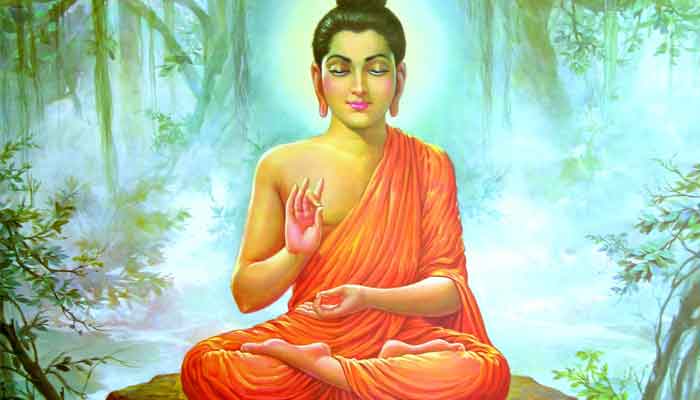 Kalki Avatar is considered to be the 10th and last incarnation of Lord Vishnu. At present Kali Yuga is going on, and according to religious granth, at the end of this Yuga or earch there will be Kalki Avatar, who will take birth in the house of a Brahmin and destroy the sinners. 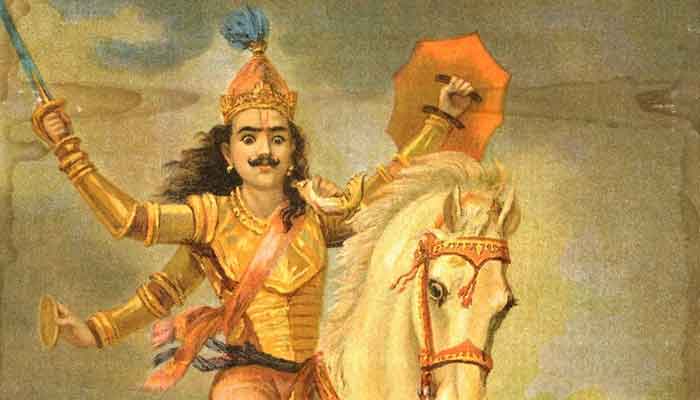 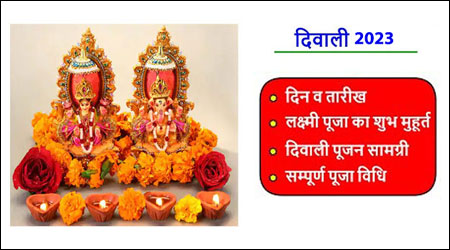